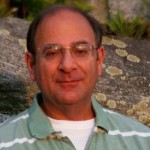 Are Jumbo Loans a Better Bet than Conventional Mortgage Loans? What Are Jumbo Loans?

There are two basic differences between Jumbo loans and conventional mortgage loans:

2. Loan sources – Conventional mortgage loans are ultimately funded by the Federal National Mortgage Association (FNMA) or Fannie Mae, or the Federal Home Loan Mortgage Corporation (FHLMC), or Freddie Mac. That means that underwriting pricing and guidelines are standard for all such loans.

Jumbo loans, on the other hand, are issued by individual banks. Those banks not only fund and service the loans, but they also determine pricing and underwriting guidelines. That means that both can differ from one jumbo loan program to another.

Jumbo Loans can be a Little Bit Cheaper

The whole situation has reversed in the past couple of years. Jumbo loans now often carry lower interest rates than conventional mortgage loans.

For example, one of the largest mortgage lenders in the country, Wells Fargo is offering jumbo loans at slightly lower rates than conventional conforming loans. As of August 8, the rate on a 30 year fixed rate conventional conforming mortgage is 3.625%, with an APR*** of 3.684%. By contrast, the rate on a 30 fixed rate jumbo loan is 3.500%, with an APR of 3.506%.

The lower APR – relative to the base interest rate – also indicates that the closing costs associated with the jumbo loan are lower than what they are for the conventional.

(***APR, or Annual Percentage Rate, is the note rate of the loan after including the cost of upfront fees required to obtain the loan)

We touched on this earlier, but it is one of the significant differences between Jumbo loans and conventional mortgage loans.

Since conventional mortgages must follow Fannie Mae and Freddie Mac guidelines, the lender who is underwriting your mortgage doesn’t have control over either the requirements or the process. If a loan does not meet Fannie Mae or Freddie Mac standards, it won’t be approved. And if it is approved, there’ll be certain conditions of the loan that the lender is unable to waive.

Since Jumbo loans are issued and underwritten by individual banks, their underwriters have considerable flexibility. For example, they may decide that even though your credit history doesn’t meet program guidelines, your loan can be approved based on the fact that you have low debt ratios or large cash reserve positions (both of which will be explained in detail below).

There are hundreds of banks making Jumbo mortgage loans. That creates competition for the consumer’s business. If there are several banks in your area that are offering jumbo loans, you will have more choices as to which you will go with. You can decide if you want to take one with the lowest pricing, or the one with the most flexible underwriting guidelines.

A major reason why Jumbo loans are now more competitive with conventional loans is that they are offered to stronger borrowers. This means that if you’re only minimally qualified to purchase a house, you may not be able to get a Jumbo loan.

Here are some of the categories in which Jumbo loans have higher requirements:

Larger down payment. Minimum down payments of 5% or less typically won’t fly with a jumbo loan. The lender may be looking for 10% down or even 20%.

Stronger credit profile. Most Jumbo loans will require a minimum credit score of 700. Unlike conventional or FHA, little accommodation will be made for credit scores that are much lower.

Lower debt ratios. All mortgage lenders calculate your debt-to-income ratio, or DTI. That’s the amount of your total fixed obligations, including your new house payments, divided by your stable monthly income.

The standard DTI requirement is 36%, but conventional lenders may go up to 43%. A jumbo loan may require strict adherence to more conservative DTI levels.

Stronger employment history. Because they are government sponsored, conventional mortgages may accommodate borrowers who have a spotty employment record. But Jumbo lenders will expect very stable employment over at least the past two or three years. They may even give preference to certain job classifications over others, such as an engineer versus a commissioned salesperson.

Higher “cash reserves”. Cash reserves are how much money you will have left in liquid form after you close on the new mortgage. Conventional lenders require that you have an amount sufficient to cover at least two months of your new house payment. A jumbo lender may require six months for more.

Are Bi-Weekly Mortgage Payments for You?

Is This a Good Time to Take an ARM Mortgage?

How to Compare FHA and VA Loans