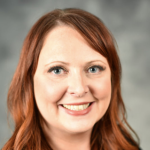 When looking at mortgage rates, we tend to get hung up on whether they are up or down any given week. This is especially true when actively house-hunting. It feels like any half-point uptick in mortgage rates is a huge setback.

However, when you look at today’s mortgage rates in comparison to historic rates, the picture changes a little bit. We aren’t at lows like those seen at the end of 2012, when 30-year fixed rates hit 3.35%, but we are at near-historic lows. The reality is that, even though there are expectations for higher mortgage rates in coming months, we have a long way to go before we reach the rates seen 10, 20, and 30 years ago.

The highest mortgage rates seen since Freddie Mac began reporting data in April of 1971, were seen during the height of the inflation seen in the early 1980s. At one point, in October of 1981, the 30-year fixed rate for a mortgage reached 18.45%. That’s practically unthinkable today.

Even if we begin seeing an uptick with inflation in coming months (some economists think it will be years before we see serious inflation), we likely won’t see mortgage rates reach such levels. Indeed, for much of the time we have records of national average mortgage rates, they were between 7% and 9%. When you consider those trends, today’s rates remain very attractive.

Right now, we are in a period of near-historic low inflation. Inflation remains relatively low, especially when compared with 1980, when inflation hit 14.8% in March. In fact, 1982 was the last time the average inflation for the year topped 6%. For the most part, since the early 1980s, Federal Reserve interest rate policy has been aimed at trying to keep inflation within in a certain range. As a result, mortgage rates have largely followed suit, even though rates are reflected a little differently as policy shakes out through Treasury yields.

Should You Lock in a Mortgage Rate Now?

Even though there is a lot of hype about coming inflation and the possibility of higher mortgage rates, if you look at the historical picture, there are very few times when rates spike. While there are instances of rapid gains in mortgage rates, for the most part rates have risen or fallen in a somewhat orderly manner. This means that you aren’t likely to see a sudden, large increase in mortgage rates during your house hunting.

While you might want to purchase a home in the coming two or three years to take advantage of rates that are near historic lows, there is a good chance that we probably won’t see rates above 6% for quite some time. It’s true that a change in 1% can lead to paying thousands more over the life of your home loan, but it might take a year or two for rates to rise that high. That gives you a little more time to shop around for the right house and the right mortgage terms.

In the end, there’s no real predicting what’s next for the markets, or for mortgage rates. You can look at past trends, and consider how they were impacted by events, but in the end, trying to hit things exactly right probably won’t work. Instead, work on improving your credit so you can qualify for the best rates. Then, shop around for the best home and the best mortgage for your circumstances.